Leaving a trail of hull-scorching plasma in its wake, the Starfighter is fast, deadly, and extremely maneuverable.

The Starfighter's greatest strength is its mobility. Not only is it one of the fastest ships in the game, but its Evasion Drive and Telefold make it almost untouchable. The Evasion Drive is capable of propelling the ship into a barrel roll in whichever direction you flick, and the Telefold is a short distance teleport. Triggering either will also cause your maneuvering battery to automatically fire a rocket.

Your weapons are mid-to-short range. The Featherfire Cannon fires a shotgun-like blast of lasers, and works wonders up close. The Mercurial cannon rapid-fires mid-range lasers. Your rate of fire becomes lethal as you defeat opponents and achieve higher levels of Veterancy.

If you build up too much heat, your Critical Exhaust system will vent it in a circular blast, but you can discharge heat it at any time using your Plasma Trail ability. This trail heats and damages opponents.

You can slow the flow of time on command, which has both offensive and defensive applications. You can use it to make dodging in and out of range of a tower's blast even easier.

The Starfighter is hard to hit, but its shields can't take much damage. Use hard to dodge, wide area of effect weaponry.

Using movement-imparing abilities can also leave the Starfighter exposed. It comes equipped with Slip Plating that allows it to escape snares and bindings faster than normal, but all you need is a brief window of opportunity.

Abilities that return damage like the Nemesis Retaliation Array or the Redirect Beam can cause a ranked up Starfighter to destroy itself before its pilot can even react. 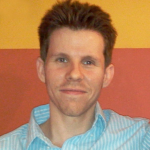